When is a hill not just a hill? When it’s Pendle Hill

Pendle Hill dominates the landscape for anyone who is lucky enough to live in the boroughs of Pendle, Burnley and the Ribble Valley, yet many of us take this completely for granted. My mum has never walked up it, despite living practically at the bottom of it for ten years. A couple of Sundays ago Chris and I took advantage of the rare combination of having a free day, the sun being out, and the fact that we weren’t suffering from ‘late night’ headaches to walk up our local hill.

Pendle is definitely a hill, we’re not that place in Wales that is desperate to become a mountain. But at 557 metres it’s not a stroll in the park. Whichever way you choose to walk up it, it’s a pretty sharp climb but an achievable one for most members of the family. Given where we live we tend to favour the traditional route up from Barley. On a day like this in glorious sunshine, that meant parking on the road from Roughlee with all the other hikers and picnickers. It’s not the longest of walks, if you’re relatively fit you can be up and down in an hour and a half, though I have had friends regularly go up Pendle for fitness and knock half an hour off that. This was the first time I’ve been up in quite a while without having to stop for breath on the steps, so it’s fair to say that I am not a speed walker.

Once you leave Barley village and start winding your way up towards the field that marks the start of the climb, even on a beautiful day like this was, it’s very peaceful despite being busy. There are also plenty of opportunities for real estate envy. You see all levels of fitness, elderly fell runners, families in jeans. I’ve been walking up Pendle since we moved to the area when I was six, so I forget how fantastic the views must be to a newcomer. We were at the top last March on a snowy but sunny day, and it was so clear that you could see out to Blackpool Tower. Anyone who lives in or knows North West England knows that days like these are not the norm. A family were at the top from out of the area and they were amazed at how far you could see. Pen-y-ghent and the Dales, the Trough of Bowland, the coast, and out over the Pennines. It’s easy to forget that most people don’t have this on their doorstep. 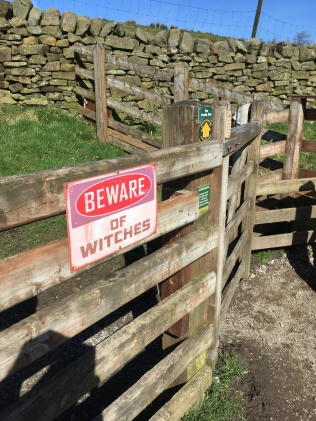 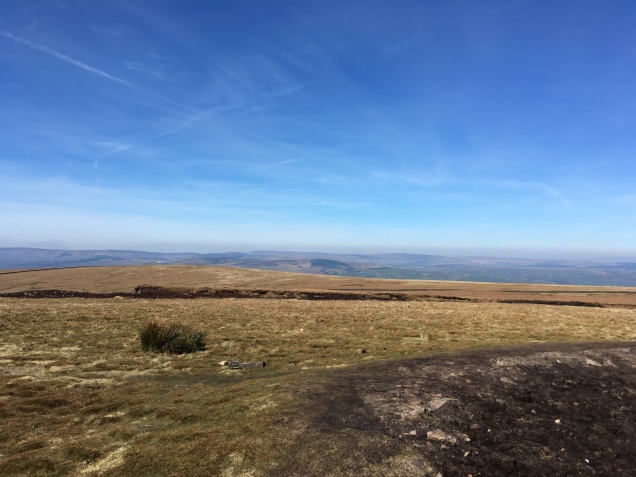 If history interests you, then the hill and surrounding area is steeped in the story of the alleged Pendle witches, trialled and hung at Lancaster in 1612. People tend to walk up on Halloween, but I’ve never done this because I don’t like the dark, the supernatural or being scared!

The Barley route takes you up some sharp steps but then you’re only a short walk to the trig point to enjoy those fantastic views. On this occasion we had to linger longer than normal due to a family taking around 200 photos, before returning to Barley via Ogden reservoirs. There are shorter routes back down if you’ve got little ones, and all are easily found. We stopped for a picnic and the obligatory post climb Mars Bar in the shadow of Ogden Clough, before coming back down to the forest and reservoirs. All in all we were out about 2 and a half hours and it didn’t cost us a penny.

However if you want to spend some money, another thing we’re blessed with round here is an abundance of country pubs. Whichever way you walk up Pendle, you’re guaranteed a good pint and decent meal at the end. In Barley our favourite is the Pendle Inn, which does the best cheese and onion pie I’ve ever tasted, bar my friend Rick’s. I think it’s about £9.50 and worth every penny. If you’re into real ale there’s always a good selection I’m led to believe, and a trip after a walk up the hill would not be complete without a pint of local brewers Moorhouses ‘Pride of Pendle’.  The Pendle Inn is the walkers’ pub, unpretentious, comfortable and accommodating. Over the road is the Barley Mow, one of a growing chain of more upmarket pubs/restaurants/luxury accommodation owned by the Seafood Pub Company. The reason I didn’t go up Pendle this morning is because I spent the entirety of yesterday sat in one of their other beer gardens, the Forest in Fence. They’re great pubs, nicely set out and relaxing, but for me the menu at the Barley Mow doesn’t compare to the Pendle. It does have fond memories for me though as my first ever job was here, as a waitress when I was 13. I was quickly relegated to pot wash after accidentally dropping a piece of chocolate fudge cake in a customer’s lap. The Cabin at Barley car park also does great ham butties using meat from local butchers Roaming Roosters, and ice creams.

Quite a lot to go at in Barley alone, but you can also go up Pendle from Downham and Sabden. I’ve only done each of those routes once, probably because I’m a sucker for cheese and onion pie and Barley is nearest to my house. From Downham you’ve got the added bonus of having a drink at the Assheton Arms (also Seafood Pub Company). It has a gorgeous beer garden and views out to the hill, though quite a limited menu if you’re not into seafood (the clue is in the name). They win back points by having Peroni on draught.

I’ve walked up dressed as a witch, including even my own broomstick, along with hundreds of other witches commemorating the 400 year anniversary of the Pendle Witch trials. We broke a world record that day and raised money for our local hospice. Last year I had the privilege of taking my niece Scarlett up for the first time, who bounded up with her usual vigour saying to me at the top “It’s alright walking isn’t it?” No matter how many times you go up Pendle, the view never gets old, and no walk is ever the same. 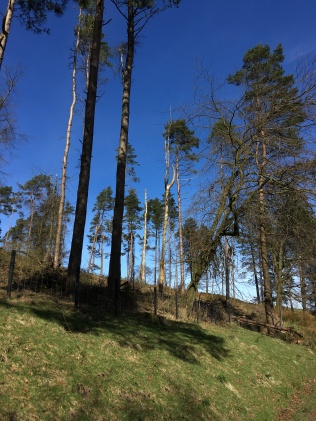 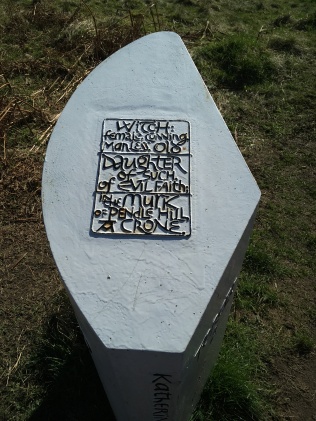 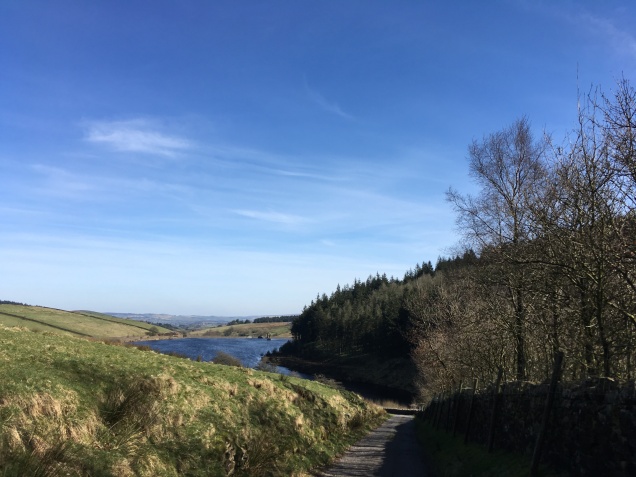 I’m sure now Spring is here there will be many more days spent either on Pendle, or sitting in the shadow of it with a nice cold beer.